Let’s create a new branch from the master branch and add one commit to it. 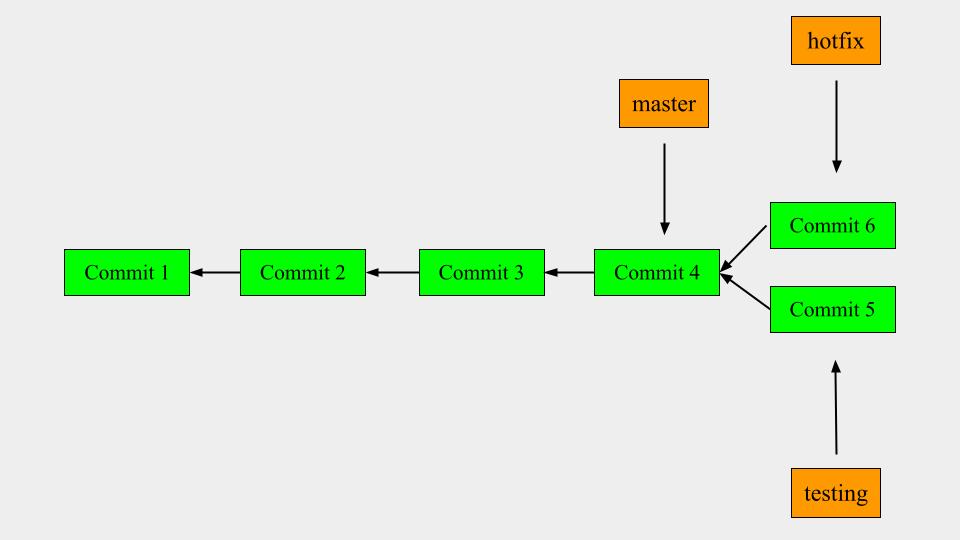 You can run your tests, make sure the hotfix is what you want, and finally merge the hotfix branch back into your master branch to deploy to production. You do this with the git merge command:

You’ll notice the phrase “fast-forward” in that merge. Because the commit 6 pointed to by the branch hotfix you merged in was directly ahead of the commit 4 you’re on, Git simply moves the pointer forward. To phrase that another way, when you try to merge one commit with a commit that can be reached by following the first commit’s history, Git simplifies things by moving the pointer forward because there is no divergent work to merge together — this is called a “fastforward.”

Your change is now in the snapshot of the commit pointed to by the master branch, and you can deploy the fix. 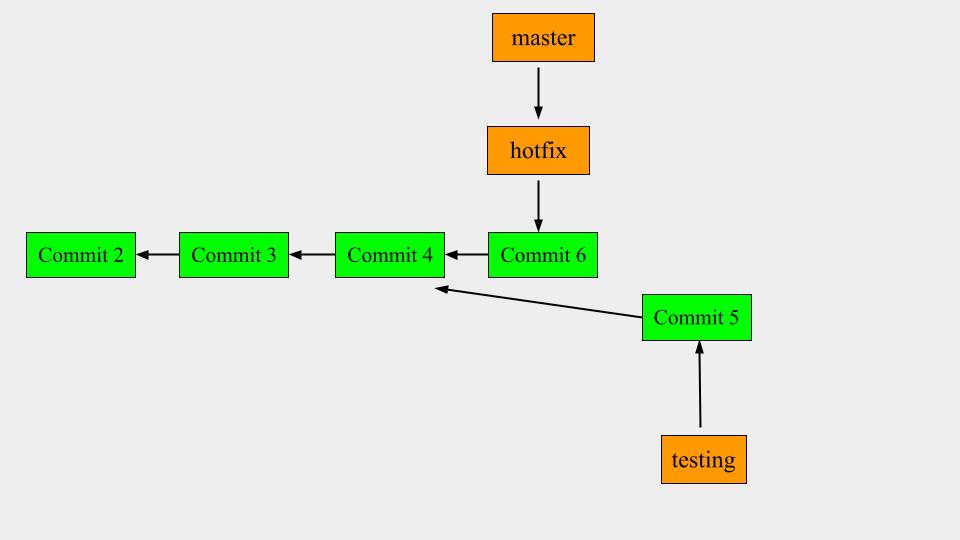 After your super-important fix is deployed, you’re ready to switch back to the work you were doing before you were interrupted. However, first you’ll delete the hotfix branch, because you no longer need it — the master branch points at the same place. You can delete it with the -d option to git branch:

Now you can switch back to your work-in-progress branch on testing and continue working on it.

It’s worth noting here that the work you did in your hotfix branch is not contained in the files in your testing branch. If you need to pull it in, you can merge your master branch into your testing branch by running git merge master, or you can wait to integrate those changes until you decide to pull the testing branch back into master later.

Suppose you’ve decided that yourtesting work is complete and ready to be merged into your master branch. In order to do that, you’ll merge your testing branch into master, much like you merged your hotfix branch earlier. All you have to do is check out the branch you wish to mergeinto and then run the git merge command:

Instead of just moving the branch pointer forward, Git creates a new snapshot that results from this three-way merge and automatically creates a new commit that points to it. This is referred to as a merge commit, and is special in that it has more than one parent. 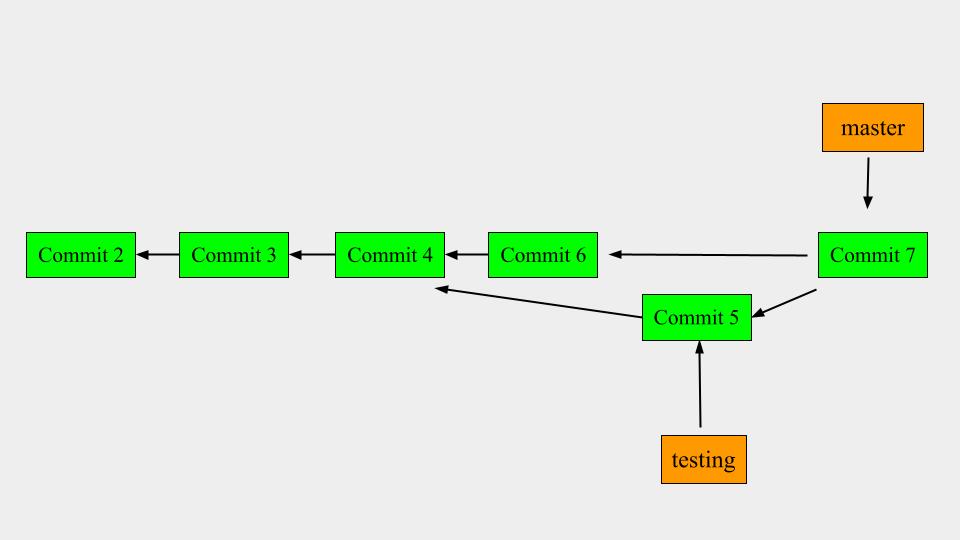 Now that your work is merged in, you have no further need for the testing branch. You can close the issue in your issue-tracking system, and delete the branch: